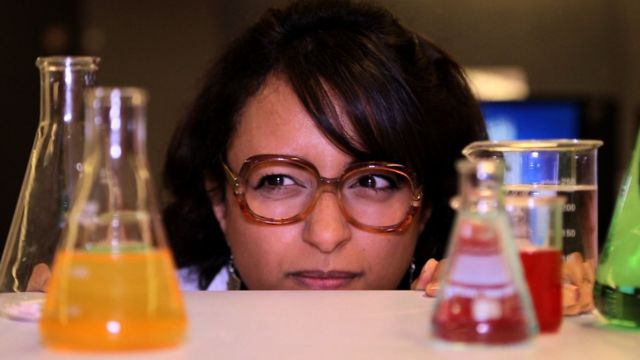 Scientists and experts will not be welcome in post-Brexit Britain, Leave voters have decided.

Leave voter Chris Bumfield, who still believes Brexit will be a success, said: “When a minority of the electorate voted for Britain to leave the European Union, the nation stuck two fingers up at experts and people who know things.”

“This country squanders far too much money on vanity projects and pointless research. Despite all the evidence to the contrary, I believe this money could be better spent bombing other countries where brown people live, or researching how to keep the property market inflated to such an extent that the young will never be able to afford a house.”

“The sooner we can boot our lazy scientists off the EU gravy train the better. Let them get ordinary jobs, like a zero-hours contract at Sports Direct, where their education and training can go to waste.”

Leave campaigner and Michael Gove told the BBC: “The public have had enough of experts with their facts and rational thought.”

“What Britain wants is to be force-fed a seductive concoction of pure lies and hatred, and thereby be fooled into taking the monumentally stupid decision to leave the EU.”

“Now that we’ve cheated our way to victory in the referendum, the so-called ‘experts’ and ‘scientists’ just need to stop talking-down Britain with their cynical fact-mongering.”

“It doesn’t matter one iota that we’re wrecking the economy or destroying our capability to do world-leading scientific research.  Taking back control is simply worth so much more, and I am one hundred per cent sure that an independent UK will reap all kinds of intangible benefits that none of us are able to specify.”

However, scientists are fighting back against the anti-intellectualist dogma. Astrophysicist Prof. Stephen Hawking recently caused controversy when he called for the European Space Agency to launch Gove, Johnson and Farage into the Cygnus X-1 black hole, calling them ‘a non-virialised cluster of supermassive arseholes’.

11 World leaders react to Boris. Number 4 is so true!
Leave voters surprised to learn the war ended more than 70 years ago
Tweet

One thought on “Scientists and experts can f*** off, say Leave voters”