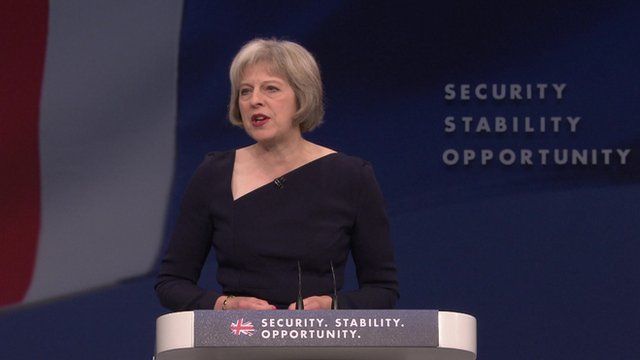 The government intends to ban British people from dating foreigners online, it has been revealed.

Speaking at the Conservative Party conference, Theresa May lamented: “For far too long, young British people have been free to have friends or date people of different nationalities, much to the anger of middle aged readers of the Daily Mail and Express newspapers.”

“The people have spoken, and it is now essential that we crack down on international friendships and relationships, because they often result in worrying increases in the tolerance and understanding of other races and cultures.”

“Today, I have the pleasure to announce the creation of the Ministry for National Purity, the main duty of which will be to oversee the online dating scene to ensure young British singles are no longer able to fall in love with foreigners.”

“We will introduce legislation that will compel online dating websites to introduce algorithms that prevent British users from dating foreigners. In addition, sites like Plenty of Fish will be encouraged to give preference to Brexit voters when finding potential matches for their users.”

Mrs. May added: “I’m already spying on everyone’s social media activity, but now it’s time for me to take control of your love lives.”