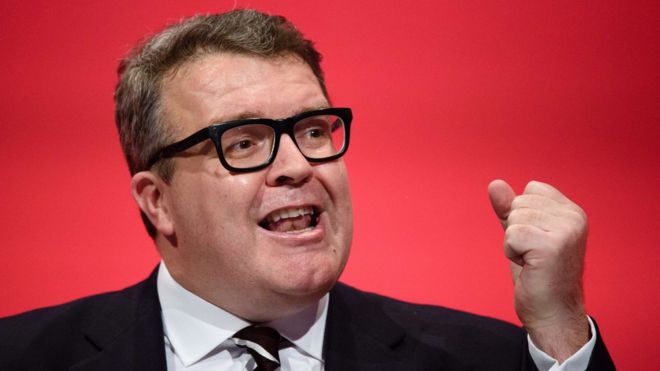 Something called ‘fake news’ is a worrying problem and one that urgently needs to be addressed, if Labour’s deputy leader Tom Watson is to be believed.

But here at Newscrasher, we were unable to name a single UK based ‘fake news’ website, and none of us can remember seeing any actual ‘fake news’ about UK politics in our social media feeds. We do tend to get a healthy dose of political satire, but only the most humourless of zealots would classify that as ‘fake news’.

On the other hand, we are acutely aware of a huge number of ‘fake news’ stories published in the established print media by the likes of the Sun, Mail and Express (to name but a few). Watson’s position appears to be that the Sun et al. may be a little bit naughty every now and again, it’s the online media which sometimes criticise him and offer a left wing perspective that are problematic.

Interestingly, Watson’s blog post about Labour’s newly launched inquiry into ‘fake news’ fails give any examples of UK ‘fake news’, nor does it offer any kind of definition of the term itself. Presumably it’s a case of ‘fake news’ means ‘fake news’, with the intention of applying this pejorative yet undefined term to news or opinion that Watson et al. find inconsistent with their own political narrative.

This could mean satirical stories of the kind published by Private Eye or Newscrasher, or left wing investigative journalism from sites like The Canary or Evolve Politics.

The well used truism that politicians never launch an inquiry without first being sure of the conclusions is unlikely to be wrong here. Reading between the lines, we can built up a picture of the kind of conclusions Watson et al. intend to draw.

In short, we expect the report to reach the following erroneous conclusions:

In addition, we expect the report to propose moves to make it more costly to start up or run a news and current affairs website. By introducing a system of website (or blogger) accreditation, stories could be flagged as ‘trustworthy’ and then shared freely on social media, but at a sufficiently high cost to discourage all but the most motivated or wealthy.

Needless to say, this would be bad for democracy and bad for the vast majority of the people. But it would be good news for the wealthy proprietors of the established right wing media, and their right wing allies in parliament, who have seen their ability to shape public opinion through information control greatly diminished in recent years.

The fear Watson and other members of parliament have about the democratisation of the media is palpable, and it is not difficult to understand why.

Among the possible futures forking out from where we find ourselves today, is one in which the traditional newspapers have all but died out and are replaced by media run by ordinary people, for ordinary people. Where being extremely wealthy is no longer a prerequisite for running a news media operation, and where having the support of a wealthy media magnate is no longer a prerequisite for getting elected to power.

Under these conditions it is conceivable that there could be a wave of left wing governments being elected to power, as the ordinary people genuinely take back control from the right wing establishment epitomised by millionaire self-proclaimed men and women of people like Nigel Farage and Theresa May.

The first steps along this path have already been taken, as shown by the growing number and popularity of independent news websites, and the falling sales and plummeting credibility of the likes of the Sun, the Daily Mail and even the BBC.

If the right are serious about holding on to power, then they’ll need to make a fight back, and Tom Watson’s proposed inquiry is likely to be the beginning of a coordinated attempt to roll back the recent democratisation of news and truth through social media.

What the country urgently needs is an inquiry into ‘fake Labour MPs’ like Tom Watson and Michael Dugher, who prefer to wage war against the left while providing essentially no opposition to the Tories. 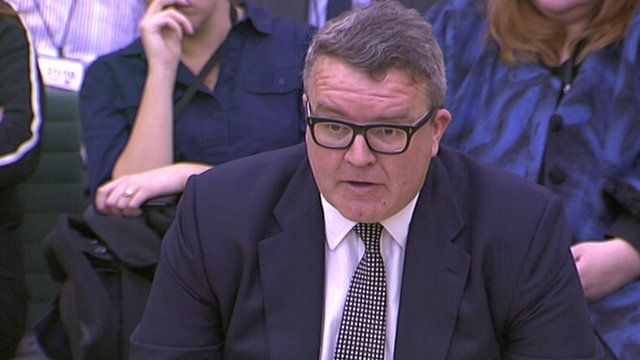 Only right-leaning media which are owned or controlled by Tories should be allowed to publish ‘fake news’, Labour’s Tom Watson has argued.

Speaking to Newscrasher, Deputy Labour Leader Tom Watson complained: “The internet and social media in particular have opened up frightening new possibilities for left wing people to share left wing opinions to a large audience, in direct competition to this country’s cherished right wing media outlets like the Sun, the Daily Mail, or the BBC.”

“In the past, people like me enjoyed relative freedom from criticism in the media as long as we didn’t do anything radical like try to help people who are poor. That kind of thing tends to anger rich media barons like Rupert Murdoch.”

“Unfortunately, there are now a number of left leaning news websites which support antichrist vampire Jeremy Corbyn, and if that isn’t bad enough, they have been willing to expose my scheme to ensure the Labour under Corbyn is disunited and unable to mount any serious opposition to the government.”

Mr. Watson continued: “Websites such as The Canary or Evolve Politics have been particularly effective at challenging our right wing narrative. Although these websites are far more truthful than the Sun or Mail, my crony Michael Dugher is going to brand them ‘fake news’ sites in an attempt to discredit them. Of course, in a sense they are fake news because they support Jeremy Corbyn and not me.”

Micheal Dugher, who is tasked with leading a crusade against left wing independent media, also said: “It would be great if we could have them all banned, along with satire sites too. More often than now, they are worryingly close to the truth and are damaging my faction’s repeated attempts to overthrow Jeremy Corbyn, who has repeatedly failed to acknowledge Tom’s decree that this is a right wing party now.”

“I wish we could just uninvent the internet and go back to the days when people had no choice but to believe the outright lies published by right wing media Barons like Rupert Murdoch.”

This story is, of course, satirical.