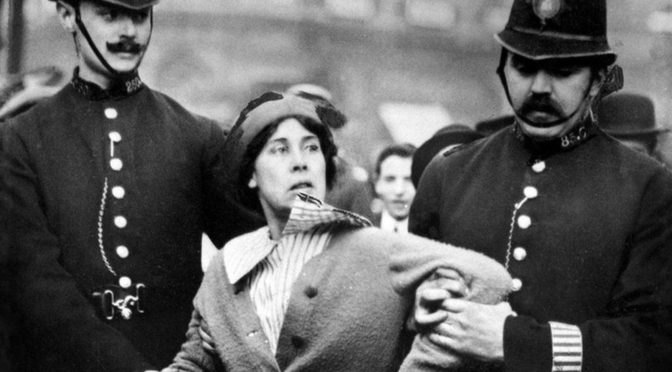 The Suffragettes are to be dug up and jailed under new anti protest laws, Theresa May has announced.

“It is 100 years since women were granted the vote, and clearly the best way to honour the Suffragettes is to criminalise their actions with draconian new laws that will finally crush freedom of expression once and for all.”

“Everyone knows that protesting against Conservative MPs was  always meant to be a criminal offence, and that’s what the people definitely voted for in the EU referendum.”

“My new laws will close the particular loophole that allows peaceful protest against right wing politicians who embody the sacred will of the people. The will of the people must triumph over trivialities like democracy, human rights, or economic competence.”

“There can be no special treatment for the Suffragettes, who will need to be dug up and jailed like everybody else who violates our tough new anti protest laws.”

“As it happens, new information discovered by the Daily Mail shows that the Suffragettes were in fact violent anarchist Momentum supporters, and we will be asking Jeremy Corbyn to reign them in despite him having no actual connection to them whatsoever.”

Jesus Christ has forgiven me for Iraq, says Tony Blair
Iain Duncan Smith to release uplifting film about people who died after benefits got stopped
Tweet