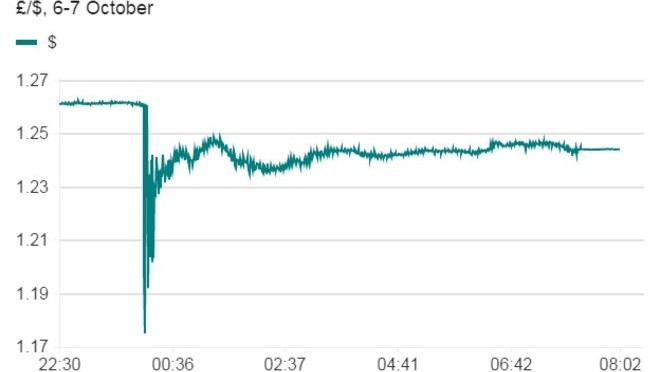 The British Pound has fallen to a historic low against the basket of major currencies which it is rated against.

Although many would consider a currency crisis to be something bad, Conservative minister Mark Ganier has welcomed the fall in the Pound: “Clearly it’s [the falling pound] to do with the [Brexit] vote, but actually it’s not an unwelcome reaction. Sterling is probably about where it should be. We’ve turned the economy to complete shit, even if voters don’t feel it yet, and this is just reflected in the financial markets.”

“We’re just going through a relatively short period of volatility, and when other countries realise how attractive the UK will be with racist employment laws, shrinking GDP, de-industrialisation, high inflation, a massive trade deficit, and general xenophobia I am confident the pound will rise again.”

“Finally, let me reassure British voters that this doesn’t mean, of course, that the Pound here in Britain, in your pocket, purse or begging bowl has been devalued. And for those of you looking at retiring abroad, it still goes a long way in South Sudan.“