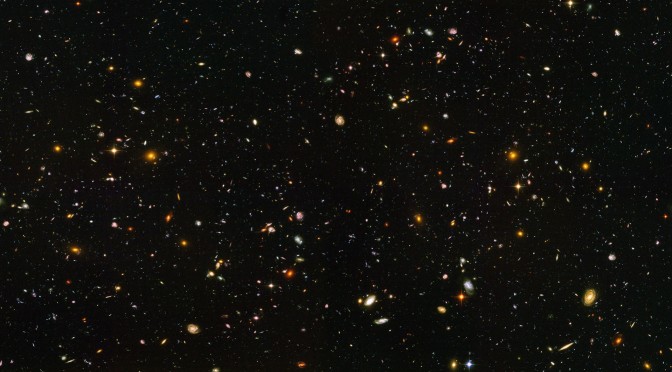 Liam Fox has welcomed the recent discovery by the Hubble Space Telescope of at least 2 trillion galaxies in the Universe, ten times as many as were previously thought to exist.

“It boggles the mind that over 90 percent of the galaxies in the universe have yet to be studied. Who knows what interesting properties we will find when we discover these galaxies with future generations of telescopes?” said Christoper Conselice from the University of Nottingham.

Disgraced former minister of defence Liam Fox hailed the breakthrough as a boon for hard Brexit: “This will hopefully show the doubters to Brexit that there isn’t just a whole world out there but a whole universe, so Britain doesn’t actually need the EU.”

“I predict that by next March we will have contacted at least 90 percent of the governments of all the planets in all the galaxies in the Universe, and will have negotiated an intergalactic free trade area spanning many cubic Gigaparsecs in size.”

“Of course, if the European Union wants to join it’ll have to pay us or face our massive space wonder weapons, which of course we have kept secret up until now. It’s all very exciting.”

Mr. Fox, who is known to be a complete twat, also praised the massive contribution that British science has made to discovering the Universe. “Once again this shows us to be better than everyone else, and now we get to name everything that’s out there in space. Because of this, the government will be introducing the Universe Named After Margaret Thatcher Bill in the next Queen’s speech. I can’t wait to stargaze at the constellation Murdoch.”

Blairites to intensify abstentions in wake of Port Talbot
Trust us, we're not blatantly lying to you this time, plead senior Tories
Tweet